In Memory of Terrill Olsen 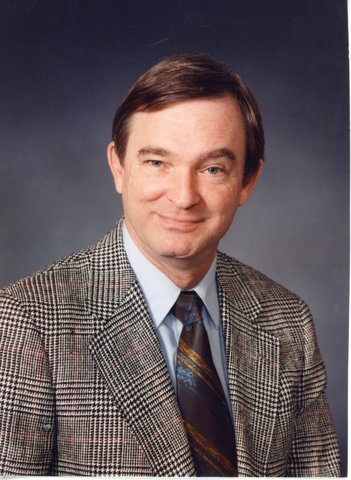 This was the response Terry consistently gave when returning to the office on Monday mornings after his weekends in Lake Chelan. These weekends included the companionship of Sheri and family, fellowship with friends, long motorcycle rides in the summer and snowmobile trips in the winter.  He also included singing in the local church, and occasional phone calls from us about office-related issues. Terry was able to strike a delicate balance between his family, faith, hobbies and work that most of us strive for, but find elusive.

The three of us had the privilege of being partners with Terry. We were part of his “work family” and will share our memories of his work identity, fondly known to patients and colleagues as “Dr Olsen”.

That is, Dr Olsen ending with an “-en”, not an “-on”. In 1972, when Dr. Terry Olsen first started practicing on Pacific Ave in downtown Bremerton, he joined Dr Nels Olson- Olson with an ‘-on”. Imagine two Dr Olsens in the same office and the potential for confusion. The “e” and “o” became critical vowels for correctly scheduling patients with their doctor, and more important, for the doctors to park in the correctly designated parking spots.

Our entire staff knew that Dr Olsen had to be finished with his morning clinic by 11:30AM. If there was still a patient waiting to be seen at 11:25AM, a palpable hunger pang was felt by all. Why? Because Dr Olsen had to be out the door and get home in time for lunch with Sherri, who prepared lunch for him every day starting more than 40 years ago while he was in his medical training.   Even back in the day of the two “Dr Olsens”, it was well known that Dr Olsen with an “-en” had a special lunch waiting for him and this was not to be missed.

Six years ago we considered moving the office from Bremerton to Silverdale One of our biggest concerns was how this would affect ‘the lunch’.  This was in a different zip code. How would Dr. Olsen react?  Upon presenting the idea, his left eyebrow rose a notch, though not as high as we feared it would. Dr Olsen agreed with the plan. He saw the opportunity that awaited him with the move. He would now be able to ride his motorcycle from home in Bremerton, all the way into Silverdale, back again to Bremerton for lunch every day. When it came time to have parking stripes painted in our new parking lot, we had one spot painted to accommodate his motorcycle, right outside his office window. He sure loved his motorized vehicles. One day he disappeared from the office, nowhere to be found. A loyal staff member, who was in-the-know, nervously suggested that perhaps we should call the Harley shop down the street. Sure enough, he was there taking a break to enjoy his free cup of coffee. We believe this was the only time he disappeared, but we’re not really sure and no one’s talking.

Terry was a team player. He enthusiastically agreed to participate in whatever we asked of him, regardless of the possible repercussions.  We have a tradition of wearing a ‘team color’ on Fridays, and if he was not on the way to Chelan, he always matched the team.   At our office holiday parties, the doctors put on a show to entertain the staff.  Three years ago, we dressed up as the 1970’s group ‘ABBA.”  Terry and Sherri both wore long wigs, tie-dye hippy clothing and danced and sung with the rest of the band on stage. Not only did he dance, but he helped choreograph the chorus dance moves. We asked him to participate in a group salsa dance Not only did he agree, but he and Sheri showed the rest of us a thing or two about the cha-cha. Last year, we asked him to put on a grass skirt and lei to perform a hula dance with us. Not only did he agree, but he snuck back to the office several nights after the staff had left so we could rehearse our “Puka Pants” dance routine in secret.

Terry also had a thoughtful, serious side at work that displayed his intelligence meticulous nature and his compassion.  When someone came to him with a vision threatening medical problem, he left no stone unturned to try to help.  He would call experts on the phone, review text and journals and travel to scientific meetings to find the best solution.  He was part of a dutiful breed willing to trek to Harrison Bremerton to see a single patient in need, even when not on call, simply because they asked him to.  The Mayo trained ophthalmologist with a degree in chemistry from the University of Minnesota delivered world class eye care to the people of Kitsap.

Terry’s mechanical abilities with cars, electronics and gadgets of all sorts naturally transitioned to make him an accomplished eye surgeon.  During his training, eye surgeons were just beginning to implant artificial lenses into the eye.  When he came to Bremerton, he was one of the first surgeons to perform these procedures.  He told a story about a surgery early in his career when the Dr. Nels Olsen was assisting him with a lens implant.  When the older Dr. Olsen watched Terry place a suture through the lens implant and around the iris.  After Terry finished, the older Dr Olsen said: “I am done with surgery.”  From that day, Terry did them all.

Most of you are likely aware that doctors have been required to transition from paper records to electronic, or computerized, medical records. This is a big deal. Imagine having to change from recording information with a paper and pen for forty years, to entering information into small boxes on the computer screen with multiple illogical clicks. This has led many doctors to retire sooner than they planned. When we broke the news to Dr Olsen, his left eyebrow rose three notches, higher than we had ever seen it. But he diligently jumped into the rocky adventure with the rest of us, knowing it was for the good of the practice, and invested countless hours of training and frustration. He hung in there. Although his left eyebrow finally relaxed a bit, it never quite came down to its baseline.  Nor, by the way, has ours.

Dr Olsen’s heart has been on all of our collective minds, and we’d like to tell you about it: Dr Olsen had a heart of gold. He loved his patients, and they loved him. He loved the staff, and the staff loved him. On snowy days, including this past winter, he came to the office early to shovel snow away from our front entry and walkways. Next, he grabbed a bucket of salt and sprinkled the parking lot. All this, so if a patient or staff member was able to come in despite the inclement weather, a safe path would be ready. He had many patients who were still with him since the beginning of his career who had shared many of the milestones of their lives with him, up until the last day that he worked. Not only was he a talented surgeon, but he was our handyman, ready to change a light bulb on our complex equipment at a moment’s notice. This is a task that would ordinarily require 3 ophthalmologists (really.). With Dr Olsen, we only needed one. Dr. Olsen just plain loved coming to work. For 10 years we heard him say, “I think I’ll retire in 2 years” over and over again. But he kept showing up.

As partners and colleagues, we were not only responsible for sharing the care of our patients, but running an office, managing staff, understanding complex regulations and running a business. Despite these challenging responsibilities, we had countless discussions over the years about how we were so fortunate to work together.  Despite our busy schedules and lives, we always found opportunities to talk things over and work them out: washing our hands at the OR scrub sink, outside the exam rooms, in the hallways, sitting around our offices after hours or in the parking lot.  Although our office is officially open Monday through Friday, one or the other of us usually comes in to see patients every day of the week.  We would either see each other or talk to each other almost every day of the year.

Though not related, we all felt part of his “other family”. How could we best describe our partnership with Dr Olsen? Only one word is needed: Glorious.